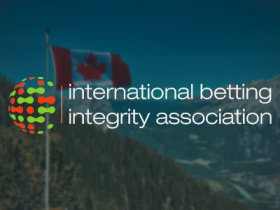 The International Betting Integrity Association (IBIA) has officially backed the legalization of single-event sports betting in Canada and submitted its view to the House of Commons Standing Committee on Justice and Human Rights.

Moreover, theScore chairman and chief executive John Levy also submitted his opinion in support of the new bill that would legalize single-event betting in Canada. Score Media and Gaming Incorporated is a digital media company based in Toronto, which owns and operates digital sports media and sports betting products. In his address, Levy urged the House of Commons to pass the bill “as quickly as possible.”

Bill C-218, the much-anticipated piece of legislation that will finally allow single-event betting in Canada, was first introduced in February 2020. Last month it passed the second reading in the Canadian parliament and now it is under consideration by the aforementioned committee.

The bill will reverse a ban on betting on single sporting events, imposed in Canada’s Criminal Code since 1985. The current legislation only allows people to wager on at least three games or more in an individual bet, which makes wagering on a single event or match illegally.

In its submission to the committee, the International Betting Integrity Association pointed out that the single sports bet prohibition resulted in only 31% of Canadian bets being placed onshore. For comparison, the IBIA showed that in Great Britain there are 99% of bets being placed with licensed operators.

The removal of the prohibition would surely drive Canadian consumers to onshore licensed operators, and that will eventually mean more money from taxes and licensing fees for the government.

Broad Support from the Industry

In February, the Alberta Gaming, Liquor & Cannabis (AGLC), the regulatory agency for gambling in the province of Alberta, also announced its full support for the bill that would finally allow single-event sports betting in Canada.

Moreover, the British Columbia Lottery Corporation, the state-owned gambling operator in the province, also expressed its support for the new and updated legislation. Most major sports leagues in the country are also backing single-event betting, which could drive more money into their coffers as well.

The Ontario government also supports the bill since they are already preparing to lay the groundwork for building a competitive online gambling market in the province.