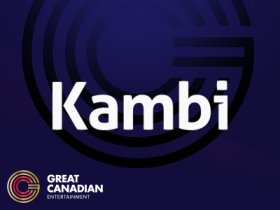 Great Canadian Entertainment, one of the largest gaming and entertainment companies in the country, has announced the signing of an agreement with Kambi, a prominent supplier of sports betting services.

As per the agreement between the two companies, Kambi is going to supply its retail sportsbook platform to Great Canadian Entertainment and the operator will use it in ten of its casinos located in Ontario.

Moreover, Great Canadian will also implement betting kiosks supplied by Kambi in the ten locations mentioned above. The Canadian company has 25 gaming and hospitality venues all around the country, and 12 of those are located in Ontario.

Kristian Nylén, Chief Executive Officer and co-founder of Kambi, declared himself delighted of having formed this new partnership as Great Canadian “is rightly regarded as one of Canada’s premier gaming and entertainment companies with an unrivaled retail footprint.”

The Kambi executive added that the partnership is expected to have a positive impact on the company’s revenue from 2023 as the supplier’s footprint in North America expands.

Tony Rodio, Chief Executive Officer of Great Canadian Entertainment, described the addition of sports betting facilities at the ten gaming destinations as “important” because it would “elevate the gaming experience” for the company’s guests.

Moreover, the Great Canadian executive pointed out that his company is the first to launch such a product in Ontario thanks to the partnership with Kambi. He also revealed that the company has benefitted from the support of the Alcohol and Gaming Commission of Ontario, the province’s gaming regulator.

Earlier this year the Canadian casino operator announced that the company name changed from Great Canadian Gaming Corporation to Great Canadian Entertainment amid efforts to expand its business both in the land-based casino industry and in the online gaming business.

Great Canadian is one of the oldest companies in the industry as it was established all the way back in 1982. At first the company operated only in Ontario, but then it expanded nationwide with 25 gaming, entertainment and hospitality facilities located in Ontario, British Columbia, New Brunswick, and Nova Scotia.