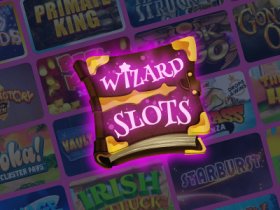 Fortuna Gaming, an iGaming company based in the United Kingdom, has launched its Wizard Slots online casino brand in a few new territories, from New Zealand and Ireland to Canada.

Wizard Slots offers its customers over 500 slot games and it has reached a good amount of popularity in the United Kingdom. That is why Fortuna Gaming has decided to take it to new jurisdictions, looking to expand their reach to new continents.

The offering at Wizard Slots includes well-known titles such as Fluffy Favourite Slots and Starburst Game, two of the most popular video slots in the United Kingdom at the moment.

Moreover, new games are being added to the website’s portfolio every week. In addition to the new titles, Wizard Slots also gives new and existing members the chance to explore plenty of promotional offers and bonuses.

Wizard Slots can be accessed from desktop computers and laptops but it also has a streamlined version that can be utilised on mobile phones and tablets. The website is authorised by the United Kingdom Gambling Commission and it is now regulated under the Alderney Gaming Control Commission (AGCC) in Canada, Ireland and New Zealand.

Fortuna Gaming was founded in 2017 and since then it has grown into a truly global company, which owns and operates over 20 casino brands in various jurisdictions, including Wizard Slots, 666 Casino and Cozino.

At the end of May, Fair Interactive Group N.V. announced that it was ready to launch a brand new online casino in Canada as well, operating under the Bigfafa.com brand.

The new online casino has received the necessary approval from the Curacao Gaming Control Board to offer three types of online gambling services to customers in Canadia: online casino, live dealer games and sportsbook.

The new casino also announced that it had already sealed deals with important software providers like NetEnt, Microgaming and BetSoft Gaming. In the future, Bigfafa.com should have more than forty software providers on board, offering their players more than 1,000 casino games.