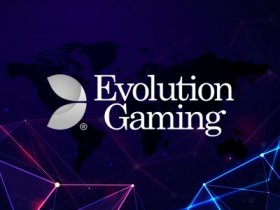 Wrapping up remarkable in every sense of this word 2019, Evolution Gaming highlights the important role its Canadian Live studio played in catering for growth in North America.

Recently published at the company’s website, Evolution’s Annual Report revealed outstanding financial results reflected in €365.8 million revenue and a 70% increase in EBITDA. Such a great success is explained for the major part by new and extended partnerships across a number of regulated markets, with Vancouver site contributing to strategic agreements in Canada.

Launched in 2018, the state-of-the-art Live Casino studio in the Metro Vancouver area of British Columbia was the first Evolution hub built outside of Europe. The result of a deal to provide Live Casino games and services for BCLC, it was also intended to support additional Canadian Lottery corporations with the idea that each jurisdiction would offer both shared and dedicated tables.

Commenting on entering the Canadian market…

…Evolution Group CEO Martin Carlesund then called it „a huge breakthrough“ adding that the company is confident it „will deliver the very best Live Casino experience for BCLC players, and an exceptional Live Casino studio facility for BCLC and other Canadian lottery jurisdictions in the future.”

From the very outset, 10 online Live tables for blackjack, baccarat, and roulette brought the excitement of as-real-as-it-gets entertainment to players’ desktop and mobile devices, seven days a week.

Referring to the Annual Report, in January 2019, Evolution signed a very important agreement with lotoquebec.com to offer the provincial Crown corporation with Live Casino products streamed from the production studio in Vancouver. In addition to players from British Columbia and Manitoba, now punters across Canada’s second most populous province could enjoy the extensive offering of Live Dealer games.

…are also on the list of contributors to the overall success as over the last twelve months, Evo has released a striking collection of novelties with Deal Or No Deal, Lightning Dice, Super Sic Bo, Free Bet Blackjack, Monopoly Live, Side Bet City, 2 Hand Casino Hold’em, and Dream Catcher among them.

Speaking of the plans for the already-started year, Martin Carlesund said: “During 2020 we not only want to maintain our leading market position; we also want to strengthen it – and we will do it by constantly challenging both ourselves and the entire industry“. He also added that the Group will continue to invest in its studio capacity, as well as „to aim for new heights“ increasing the gap for the competitors.