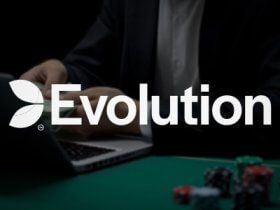 Evolution, the world’s largest supplier of live dealer games for both online and land-based casinos, has seen its stock lose value following accusations of illegal gaming in certain jurisdictions.

The Swedish gaming company lost around 3 billion dollars in market value in a single day, on 17 November, after a law firm from the United States accused it of operating in countries such as Iran, which is under strict sanctions imposed by the U.S. government.

Evolution has grown rapidly in recent years and the pandemic also helped boost its business as more and more players turned to online gambling while the land-based venues were closed or had limited capacity. Last year, Evolution completed a multi-billion dollar acquisition of NetEnt, a prominent developer of slot games and live casino titles.

The complaint regarding Evolution’s activity was made in a letter to the New Jersey Division of Gaming Enforcement on behalf of unnamed private investigators, according to a report published by Bloomberg. Calcagni & Kanefsky LLP, the law firm that submitted the complaint, did not respond to the journalists’ requests for comment.

Investigation Paid For By Competitor

The report published by Bloomberg claims that the private investigators were retained by a competitor of Evolution based in the United States. The respective investigators recorded themselves while playing Evolution games through internet addresses located in Singapore and Hong Kong, territories where online gambling is banned.

In reply, a spokesman for Evolution denied the accusation, insisting that the company fully complies with all applicable regulations and laws. “We use all tools at our disposal to block play from certain countries, including all countries on sanction lists mentioned in the article,” the spokesman said.

In fact, Evolution can’t control what the operators that it works with do and don’t do, as the operators are the ones that have a direct relationship with the players and their money.

Evolution does not own or control any of the operators of online casinos it works with and has no direct relationship with the underlying player and involvement in handling of players’ money, he added.

The company’s shares went down by 9 percent in morning trade, a sharp turn after an increase in valuation of 62 percent since the beginning of the year. The company’s market value before this incident was 33 billion dollars.