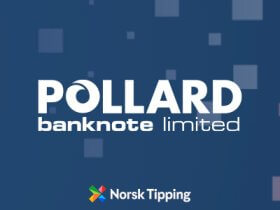 Pollard Banknote Limited, the Canadian lottery solutions provider based in Winnipeg, has announced that it has secured an important contract with Norsk Tipping, the national lottery operator from Norway.

The contract will run for the next three years and it will automatically renew for a further year if the parties don’t decide to end it. The deal sees Pollard Banknote Limited remain the primary provider of scratch ticket products for Norsk Tipping after the two companies had been working together in the past few years as well.

Norsk Tipping was founded all the way back in 1948 and it is a state-owned enterprise which also has a social mission along with the entertainment value of their lottery games. Since its founding, the company has contributed over 18 billion dollars to sport, culture, health and humanitarian causes in Norway.

Speaking about the new contract, Hans Erland Ringsvold, Head of Gaming Operations at Norsk Tipping, described Pollard Banknote as “a trusted partner” and explained that the new deal allows his company to leverage more of the partner’s experience, “including strategic marketing services” along with product innovations.

Pollard Banknote Limited has been doing very well lately, last year they announced that 2021 has brought them record-breaking revenue which amounted to 459 million Canadian dollars, more than it ever generated in its history that spans more than a century.

The was established all the way back in 1907, starting out as a commercial printing business. Then, in the 1970, the company made the move towards security printing and eventually into lotteries and iGaming.