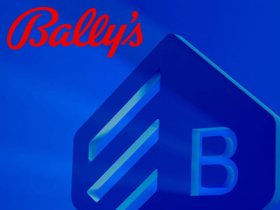 Bragg Gaming Group, the Toronto-based business-to-business iGaming technology and content supplier, has announced that it entered a content development partnership with Bally’s Interactive, the digital arm of Bally’s Corporation.

The agreement will see content from Bragg Gaming’s proprietary slot studios, including Indigo Magic and Atomic Slot Lab, get included into the offering of Bally’s Interactive’s online casino brands such as Vera & John, Virgin Casino and JackpotJoy.

Bally’s Corporation was established in 2004 in the United States and along with its online presence it also owns and operates fourteen different land-based casinos across multiple states including Nevada, Indiana and Colorado.

The deal also includes more games from Bragg’s portfolio, even third-party titles and also refers to the company’s future releases. Moreover, Bragg Gaming will distribute games on an exclusive basis from the company’s Remote Game Server to some of Bally’s Interactive’s third-party partner studios. That will create an exclusive distribution channel for developers such as King Show Games and Gaming Arts.

This agreement will enhance the diversity of the content offered by Bragg Gaming Group in very important regulated markets such as the United States and the United Kingdom, with more studios likely to be added to the partnership in the near future.

Speaking about the partnership, Yaniv Sherman, Chief Executive Officer of Bragg Gaming Group, acknowledged the fact that Bally’s Interactive has a reputation for teaming up with “quality game development studios” and added that offering varied content is a key factor in driving player engagement.

Yaniv Sherman added that being able to include games from Atomic Slot Lab and Indigo Magic to Bally’s Interactive’s online brands gives Bragg Gaming a great chance to expand the reach of its most popular games.

“In addition, with this partnership we are significantly growing our portfolio of high-quality, exclusive third-party titles which we expect will further strengthen our profile in key regulated markets,” Yaniv Sherman added.

Robeson Reeves, President of Interactive at Bally’s Corporation declared himself delighted of the partnership with Bragg Gaming, adding that the Canadian company has great ability to offer games “at speed and with simplicity.”