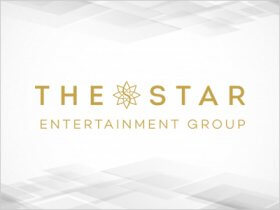 The Star Entertainment Group, one of the biggest hotel and casino operators in Australia, is ready to boost its activities in New South Wales and Queensland after the two states eased restrictions related to the novel coronavirus pandemic.

The Star, along with all other land-based casinos in Australia, was forced to shut down its operations in March, following a government decision that was meant to stop the spread of COVID-19.

After a few months, casinos were allowed to reopen, but with severe restrictions in place. For instance, The Star Sydney was allowed to have one customer per four square meters and a maximum cap of 300 people per area.

Starting on December 7, casinos in New South Wales will be allowed to have one person per two square meters. For Star Sydney, that means the venue could accommodate 10,000 customers instead of just 1,800.

Moreover, all gaming machines at the venue can be utilized now, while before every other machine had to be switched off in order to allow for social distancing. The amount of players per gambling table has also been increased from four to seven.

The Star also hopes that the reopening of the Queensland border to residents of Greater Sydney and Victoria will lead to an increased number of customers at the Gold Coast property.

A Welcome Breath of Fresh Air

The eased restrictions could mean a great chance for The Star to cut some of its losses after a very difficult few months. In October, the company reported a 25% year-on-year drop in revenue for the first 15 weeks of its 2021 financial year.

The Star Entertainment Group is a company that owns and operates The Star Sydney, The Star Gold Coast and Treasury Brisbane. Now it seems they are preparing to recall most of the employees that had to be let go because of the restrictions.

It is unclear how many of those employees will be back at work in the coming weeks, but a company statement said: “The easing in operating restrictions across all three properties will enable us to welcome back additional employees as well as an increased number of our members and guests to safe and entertaining environments.”