Star Entertainment Group To Repay 13 Million Dollars To Its Employees 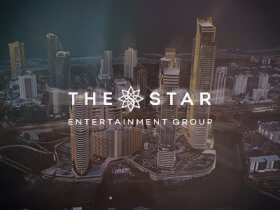 The Star Entertainment Group, one of the biggest hotel and casino operators in Australia, will have to pay its current and former employees a total of 13 million Australian dollars in underpaid wages.

This conclusion was reached at the end of a retrospective wage review, which found that some staff received less money than they were supposed to over the past six years. The underpayments appeared as some staff were found to not be better off overall as their annual salary was not enough to compensate for their equivalent award entitlements such as overtime and penalty rates.

The 13 million Australian dollars in payments to employees are set to be included in the company’s books for the six months to 31 December 2021. The sum includes back payments plus interest and superannuation contributions.

The Australian company revealed that the number of employees affected by these underpayments was around 2,200. However, Star Entertainment pointed out that it paid over 3.3 billion Australian dollars in wages over the respective period.

The company informed the Fair Work Ombudsman and United Workers Union about the issue and added that it decided to improve its processes, systems and training in order to make sure salaries will be paid correctly in the future.

Matt Bekier, the Chief Executive Officer and Managing Director of the Star Entertainment Group, issued an apology to the company’s former and current employees and added that he wants to “ensure it doesn’t happen again.”

Problems Pile Up For Star

This problem comes at the worst possible time for Star Entertainment as the company is getting ready to face a public inquiry starting in March 2022 as part of the regular review into the operator’s suitability to hold a casino license.

This inquiry has a lot at stake after media reports alleged Star Entertainment had enabled money laundering at its casinos and helped organized crime by enticing high-roller gamblers with criminal ties. The company was also accused of ignoring suspicions regarding the source of client funds.

Star Entertainment denied the accuracy of those reports, but that wasn’t enough to avoid an investigation being launched in New South Wales. Moreover, in January 2022 the company was notified by the Australian Transaction Reports and Analysis Centre (Austrac) regarding an expansion of the initial investigation.

In addition to all those problems, Star Entertainment also revealed that it expects to record a net loss around 75 million Australian dollars for the second half of 2021 as the novel coronavirus pandemic continued to impact the business. However, the company did record a profit in the 2020-2021 fiscal year.