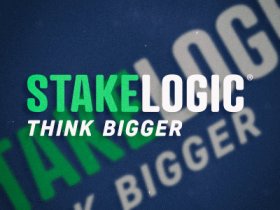 Stakelogic, the fast-growing developer of slot games and live casino titles, has announced that its Stakelogic Live division is finally ready to make its premium live dealer games available to operators from all over the world.

Stakelogic started publishing video slots for online casinos in 2016, and since then it has become one of the most respected developers in the iGaming industry. The launch of Stakelogic Live, the company’s live casino arm, was first announced in June 2021, when the developer unveiled its world-class live casino studio based in Birkirkara, Malta. The studio features all the latest technologies in the field, including high-definition cameras and the most advanced broadcast and streaming technologies.

Then, in January 2022, Stakelogic Live announced that its live casino products received ISO 27001 accreditation, an international seal of approval that brought the whole suite a step closer to launch.

Last but not least, in March 2022 Stakelogic announced that its Live Casino division had a new boss as the company decided to appoint Richard Walker for this role. Walker was no stranger to the live dealer games industry as he has previously worked for top providers such as Evolution and Pragmatic Play. Walker has also held roles at big operators like Rank Group and Caesars Entertainment and has been working as a consultant to several high-profile gambling companies.

After months of preparations and the development of American Blackjack, European Roulette, Auto Roulette and Auto-Roulette Classic, Stakelogic Live is finally ready to take its games right into the market as its operator partners will be ready to include them in their offering.

The live dealer games are broadcast from the company’s studios in Malta and the Netherlands using the most modern cameras, microphones and broadcast technology. Each studio is fully equipped with stunning backdrops that perfectly capture the special atmosphere of a casino gaming floor. The dealers are also highly trained, just like the ones one would find in an actual casino.

Moreover, Stakelogic Live announced that they are ready to set up dedicated studios for online casino brands, featuring their own branding and colors. Stephan van den Oetelaar, Chief Executive Officer at Stakelogic, revealed that the company’s live dealer games have already been tested in the Netherlands and Malta and that the feedback was extremely positive. The Chief Executive Officer added that the company’s goal is to make Stakelogic Live become the number one provider of premium live dealer content in the world.