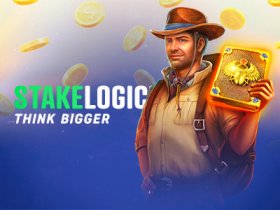 Stakelogic, one of the world’s fastest growing developers of slot games and live casino titles, has announced that it decided to appoint Richard Walker as the new leader of the company’s Live Casino division.

Richard Walker is no stranger to the live dealer games industry as he has previously worked for top providers such as Evolution and Pragmatic Play. Walker has also held roles at operators like Rank Group and Caesars Entertainment and has been working as a consultant to several high-profile gambling companies.

The appointment as Head of Live Casino at Stakelogic comes with the task of making his 25 years of experience count. Walker is going to work closely with Anthony Sammut, who holds the Head of Studios title, and with Sanita Gabriel, the Head of Operations.

Richard Walker will be responsible for operations, studios, product and commercial, including the support of the company’s project to build dedicated and network live casino studio tables for various markets.

The new Head of Live Casino will also have to oversee the roll-out of Stakelogic Live with its operator partners, especially in regulated markets where the provider has entered recently. In the Netherlands, for instance, Stakelogic Live has gained increasing popularity since the market opened.

Becoming The Number One Provider

Stephan van den Oetelaar, the Chief Executive Officer of Stakelogic, expressed his firm belief that Richard Walker will help the company with his “unrivaled experience and knowledge”. The Chief Executive Officer also outlined the company’s goal for the live casino division: “becoming the number one provider of live casino content in markets across Europe and beyond.”

Richard Walker expressed his delight at having joined “a company with significant desire to grow and disrupt the live casino vertical.” The new Head of Live Casino added that Stakelogic Live aims “to be amongst the best in the business.”

In January, Stakelogic announced that all its live casino products received ISO 27001 accreditation, meaning that both casino operators who offer games from Stakelogic Live and the players who enjoy them can rest assured that the information security management systems below the surface are among the best in the industry.

Stakelogic Live was launched in July 2021 with more than seven live casino games featured at the time, including roulette, auto roulette and blackjack. More games will surely be added in the future, including money wheel game shows.