SkyCity Under Investigation In South Australia 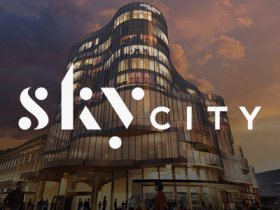 SkyCity Entertainment Group, the company that owns and operates five land-based casinos in Australia and New Zealand, has received notice from the authorities in South Australia that its activities at SkyCity Adelaide will be thoroughly investigated in the near future.

The South Australia Gambling and Liquor regulator has announced it will be conducting an independent review of the casino’s activities in the coming months. This announcement comes after both Star Entertainment and Crown Resorts, the main competitors of SkyCity, have been on the receiving end of similar investigations.

The investigation into SkyCity Adelaide will be led by Brian Martin AO QC, a retired Supreme Court Judge. The purpose of the inquiry is to ensure that the company is operating its casino in a way that is congruent with the expectations of the authorities from those holding licenses to operate such establishments.

Dini Soulio, the Commissioner of Liquor and Gambling in South Australia, revealed that the authorities are concerned about matters that are “beyond any one organization and point instead to broader systemic issues within the casino industry.” Judge Martin is expected to submit his report on SkyCity to the Liquor and Gambling Commissioner before 1 February 2023.

The novel coronavirus pandemic has already caused plenty of problems to SkyCity as the company recorded a decrease in revenue during the 2020-2021 financial year. SkyCity chairman Rob Campbell described the year as “complicated” due to property closures and several other restrictions due to the Covid-19 pandemic.

The Australian operator recorded revenue figures of 959.2 million dollars for the 2020-2021 fiscal year, a number that represents a decrease of 17.6 percent compared to the previous year.

The company’s best performing venue was SkyCity Auckland, which brought in 649.6 million dollars. The Adelaide casino, whose activity is now under investigation, generated 196.9 million dollars, while the other operations in New Zealand added revenue of 89.8 million dollars.