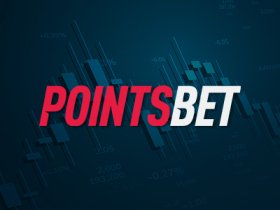 PointsBet, the global online bookmaker based in Australia, has announced its results for the 2022 fiscal year and the numbers show the company lost even more money than it did in the previous year.

In fact, the Australian company reported that its losses amounted to 267.7 million Australian dollars, a figure which represents an increase of 42.6 percent compared to the 187.7 million that were lost in the previous year. The announcement had an immediate impact on the company’s share price, which recorded a drop of more than 11 percent.

On the positive side, the company did manage to grow its revenue quite significantly, from 194.8 million Australian dollars in the first half of the 2022 fiscal year to 296.5 million in the second half. However, the additional revenue was gobbled up by the increased cost of sales, which went up from 107 million to 174.9 million australian dollars.

The largest expense for PointsBet during this period was on sales and marketing, going up from 170 million to 236.8 million Australian dollars. Most of that money was invested in the United States market, where PointsBet is trying to make a significant presence as more and more states regulate sports betting. In fact, PointsBet’s revenue from the United States rose 122 percent year-on-year.

Despite the huge marketing spend and the negative bottom line, Andrew Mellor, the Chief Financial Officer of PointsBet, defended the company’s decisions and pointed out that the Australian corporation was more disciplined than most of its competitors on the American market.

PointsBet continues to expand in the United States, the latest company announcement revealed that the Australian operator received a provisional sports wagering certification from the Kansas Racing and Gaming Commission. This allowed the operator to enter the market in Kansas on September 1st 2022, when the market officially launched.

Sam Swanell, the Chief Executive Officer of PointsBet, pointed out that the company’s Australian division has recorded excellent results and used that as an example that the operator can achieve growth in mature markets.

“In Australia, the trading business achieved year-on-year net revenue growth of 30% and its third year of annual EBITDA positivity,” Sam Swanell revealed. “These strong performances demonstrate PointsBet’s capability to grow market share in an advanced market where we compete successfully against global groups such as Flutter and Bet365.”