PointsBet In Talks With Betr For Sale Of Australian Trading Business 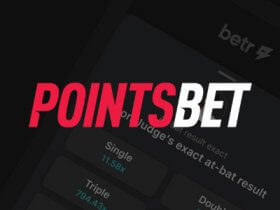 PointsBet, the Australian online bookmaker and iGaming services provider, has confirmed that it is currently negotiating the sale of its Australian trading business to NTD Pty Limited, the company that owns and operates Betr.

The confirmation comes after there has been media speculation regarding the deal, estimating that the transaction would be worth around 250 million Australian dollars.

However, PointsBet underlined that the current talks are “incomplete and preliminary in nature” and added that there is no guarantee that the undergoing negotiations will result in an actual transaction.

Moreover, the Australian company also stressed that “any potential transaction will be assessed in the context of PointsBet’s global strategy and opportunities”. The move could allow NTD to enter the United States market after PointsBet made significant efforts to boost its presence in the region by contracting Shaquille O’Neal, the former NBA superstar, for its marketing campaigns.

Betr, the wagering operator owned by NTD Pty Limited, has applied for a West Australian wagering license in October but its bid was eventually unsuccessful as it was withdrawn just hours before the final decision.

The potential sale could also be related to the fact that PointsBet has been recording negative financial results lately. In fact, the company’s results for the 2022 fiscal year have shown that PointsBet has lost even more money than it did in the previous year. The Australian company reported that its losses amounted to 267.7 million Australian dollars, a figure which represents an increase of 42.6 percent compared to the 187.7 million that were lost in the previous year.

However, the company did manage to grow its revenue quite impressively, from 194.8 million Australian dollars in the first half of the 2022 fiscal year to 296.5 million in the second half. The additional revenue was spent on increased cost of sales, though, which went up from 107 million to 174.9 million australian dollars.

The largest expense for PointsBet during this period was on sales and marketing, going up from 170 million to 236.8 million Australian dollars. Most of that money was spent on the United States market, where the Australian is trying to make a significant presence as more and more states regulate sports betting. PointsBet’s revenue from the United States grew 122 percent year-on-year.