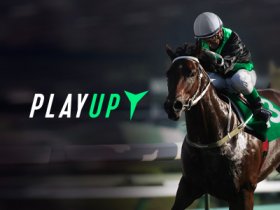 PlayUp, the betting operator based in Australia, has finally managed to get access to the New Jersey sports betting market through a deal with FR Park Racing, the wagering certificate holder and operator of New Jersey’s Freehold Racetrack.

Freehold Racetrack is the oldest track in the United States, owned by Pennwood Racing, which is a joint venture between Greenwood Racing, Penn National Gaming and Parx Casino.

In November, PlayUp announced that they secured financing worth 25 million dollars in order to fund their attempt to enter the United States market. Earlier in 2020, the Australian company set up a team in charge of the expansion in the United States, with Dr. Laila Mintas appointed Chief Executive Officer of the U.S. branch.

Dr. Mintas has a background in Law across the Sports, Media and Tech Industries, and she was previously Deputy President of Sportradar and a Professor for Global Sports Law at the University of Columbia in New York.

After the deal with FR Park Racing was announced publicly, Dr. Mintas said: “We are very excited about the partnership with two excellent brands – Parx Casino and Penn National.

We are looking forward to establishing PlayUp as a strong and innovative sports betting brand in the US. We are working to launch in New Jersey in the first quarter of this year.”

PlayUp have been providing online Sports Betting, Horse Racing and Daily Fantasy Sports in Australia, New Zealand and India for years, and now the expansion into the American market gives the company a great opportunity to grow.

About the company’s prospects after this deal, Daniel Simic, Chief Executive Officer of PlayUp, said: “This is great news and another positive result for our business. We are building strong foundations of technology, systems and partnerships which will enable us to pursue our plans for rapid growth.

We look forward to continuing to leverage our industry knowledge and innovative thinking to offer our clients the best possible betting experience in Australia and the United States.”

New Jersey is the most attractive state when it comes to online gambling and sport betting, it generated over 900 million dollars in sports betting handle in November 2020.