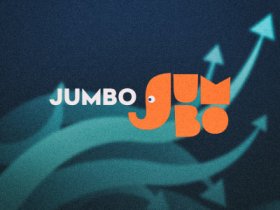 Jumbo Interactive, one of the biggest digital retailers of national jackpot lotteries and charity lotteries in Australia, announced that it recorded a revenue increase of 29 percent in the first half of the 2021-2022 fiscal year.

The company’s revenue for the six months through to 31 December 2021 amounted to 52.8 million Australian dollars, a significant increase from the 40.9 million that were generated in the corresponding period of the 2020-2021 financial year.

The main source of revenue for Jumbo remains retail lottery, this segment generated 46.7 million Australian dollars in revenue during the last six months of 2021, representing an increase of 23.6 percent year-on-year. The company revealed that this increase was mainly due to increased player activity as larger jackpots were up for grabs.

Software as a service (SaaS) revenue also recorded an impressive revenue increase, even though the total amount was not that significant. This segment generated 2.4 million Australian dollars in revenue, an increase of 69.1 percent compared to the last six months of 2020.

That improved result was due to the company scaling up current customers in the Australian market, especially thanks to the long-term agreement that Jumbo signed with Lotterywest at the end of 2020.

The solid financial results represent the backing that Jumbo Interactive needs in order to continue its expansion plans. The Australian company has a subsidiary in the United Kingdom, Gatherwell, which had the main contribution within the 2.1 million Australian dollars that were generated from managed services.

At the beginning of 2021, Jumbo Interactive announced that its expansion in the United Kingdom would continue with the acquisition of StarVale Group. The Australian company announced that it will pay 32.1 million Australian dollars to take over StarVale Group, which is an external lottery manager and digital payments business in the United Kingdom.

However, Jumbo also wanted to take over Canadian lottery management provider Stride Management, but that deal was postponed until mid-2022. The company cited an “extensive regulatory approval process” as the reason for the delay.

The company’s earnings before interest, tax, depreciation and amortization (EBITDA) also increased in the first half of the fiscal year by 22.3 percent to 28.2 million Australian dollars.