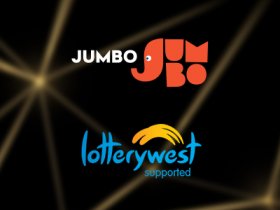 Western Australia’s Lotterywest has finalized an agreement with online lottery reseller Jumbo Interactive to use its online software platform and related services for the next ten years.

This is the first such agreement with a government-owned lottery for Jumbo Interactive, who has been operating the popular Australian website ozlotteries.com.

That online platform processes more than AUD$150 million in lottery tickets sales per year and has around 2 million customers.

An Initial Duration of Three Years

The contract between Lotterywest and Jumbo will see the latter provide a white label platform to the lottery, and in exchange the company will be receiving a 9.5% service fee for every customer transaction processed by its technology.

Jumbo has also taken on the responsibility of managing customer support on Lotterywest’s behalf, while the government-owned lottery will keep control of marketing.

The agreement between the two parties has an initial duration of three years, with the option for a three-year extension after that, but the maximum length of the contract is ten years.

Customers from Western Australia did have access to Jumbo services before, through their Oz Lotteries portal. With this agreement, Oz Lotteries players will be able to migrate to the new white label Lotterywest site if they want to. The website is scheduled to go live in December.

A Major Achievement for Jumbo

Speaking after the signing of the contract with Lotterywest, Mike Veverka, Chief Executive Officer at Jumbo, said: “I am pleased that the Lotterywest Agreement has now been signed on time and on terms as anticipated. This is a major achievement for Jumbo securing our first government client setting up a solid long-term partnership and providing strategic opportunities for Jumbo.”

Jumbo’s services provided through the Oz Lotteries portal will remain available in all other Australian states. That aspect was settled through a similar agreement that Jumbo reached earlier this year with Tabcorp, also for a duration of ten years.

Under the agreement, Jumbo paid an upfront fee of 15 million dollars to Tabcorp and a service fee which will go up to 4.65% of the ticket subscription price in the 2023 fiscal year.

In 2019, Jumbo set an ambitious goal for themselves, to reach $1 Billion in ticket sales on the Oz Lotteries platform by 2022.