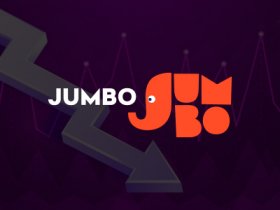 Jumbo Interactive, Australia’s leading internet lottery business, has reported a declining profit in the first half of the 2020-2021 fiscal year, despite having recorded an increase in sales.

Jumbo’s revenue for the six months to 31 December 2020 was just under 41 million Australian dollars, which represented an increase of 8.8 percent compared to the same period of 2019.

Lottery retailing is by far the most productive source of income for the company, this vertical brought revenues of 37.8 million dollars in the last six months of 2020. Compared to 2019, that’s a 2.7 percent increase.

A bigger increase was recorded in the software-as-a-service segment, which drove revenues that were 200.4 percent higher than in 2019. That was mostly due to some of the company’s customers becoming fully operational in the second half of 2020.

Jumbo Interactive also recorded heavily increased revenues in the managed services area, the income from this segment was up by 655.1 percent. The increase was largely brought by the company’s Gatherwell UK lottery business, which was fully operational in the second half of last year.

Earnings before interest, tax, depreciation and amortisation (EBITDA) for the first half of the fiscal year was 23.1 million dollars, up by just 0.9% year-on-year. However, Jumbo reported a corporate loss of 3.4 million dollars.

The company’s cost of sales in the last six months of 2020 was up by no less than 45.2%, mainly due to the new service fee that was agreed in the reseller deal which Jumbo signed with Tabcorp.

After just one month, Jumbo Interactive announced that their white-label website designed for Lotterywest was fully operational. The deal should bring additional revenues to Jumbo in 2021, as the company will receive a 9.5% service fee for every customer transaction processed through its technology on the Lotterywest website.