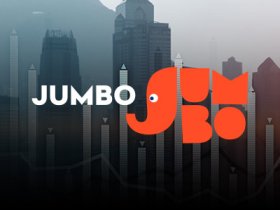 Jumbo Interactive, one of the most important digital retailers of national jackpot lotteries and charity lotteries in Australia, has released a forecast which predicts the company will record a 27.1% year-on-year increase in revenue for its 2022 financial year.

Moreover, the Australian company also expects a 13.7% increase in underlying earnings before interest, tax, depreciation and amortization (EBITDA). The first half of the fiscal year brought a revenue increase of 29 percent for Jumbo Interactive.

For the second half of the 2022 fiscal year, which ended at 30 June 2022, the company’s total revenue is forecast to reach 103.8 million Australian dollars, a sizable increase compared to the 81.7 million that were generated in the similar period of the 2021 fiscal year.

Jumbo Interactive explained that the improved financial results were made possible by an improved jackpot cycle as there were 43 Powerball/OzLotto jackpots in Australia in 2022, compared to just 38 in the previous year. Moreover, the average jackpot value was also 28 percent higher in 2022.

The Australian company also pointed out that in February 2022 the Powerball jackpot reached 120 million dollars, a landmark moment as it was the first time since September 2019 that the jackpot went over the 100 million dollar mark.

Jumbo Interactive also announced that its operating costs are also expected to go up by 34.8 percent, but overall earnings before interest, tax, depreciation and amortization (EBITDA) should increase by 13.7 percent and leave the company with a net profit of 31.6 million dollars, 15.8 percent higher than in the previous fiscal year.

Speaking about the company’s financial results, Mike Veverka, the founder and Chief Executive Officer of Jumbo Interactive, declared himself pleased and described the 2022 fiscal year as “a pivotal year for Jumbo”.

The CEO explained that the company’s performance in 2022 is building the foundations for the successful execution of its global growth strategy. In February 2022, Jumbo Interactive acquired Star Vale Group as part of its expansion into the United Kingdom market.

“Lottery retailing is exceptionally well positioned to benefit from the ongoing shift to digital and the new OzLotto game launched in May 2022,” Mike Veverka added, “while the integration of Stride and StarVale will help us build scale in our Managed Services and SaaS segments globally.” Jumbo plans to publish its definitive and full results for the 2022 fiscal year on 26 August.