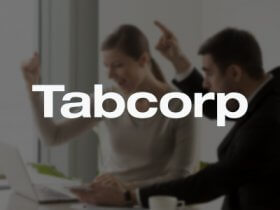 Fox Corporation, the famous U.S. media business owned by the Murdoch family, is trying to set up an investor group to take over parts of Tabcorp, the Australian lottery and betting operator.

The company, which is run by billionaire Lachlan Murdoch, has signalled its intentions to move into the Australian betting market by registering the FOXBet trademark in the country in October 2020.

Fox Corporation, which was formed following the sale of 21st Century Fox to Disney, established the FoxBET brand in the United States in 2019, through a joint venture with The Stars Group, an American gaming giant.

In fact, Fox was the first major media company that made a move into the betting market after the U.S. Supreme Court ruling that paved the way to effectively legalising sports betting in the country. Fox is now valued at 25.4 billion U.S. dollars, and the investments into wagering have boosted the value of the business by around 5 billion dollars.

If the deal goes through, it would not be the first time the Murdoch family gets involved with Tabcorp. The two parties formed the SunBet joint venture in 2018, an online betting service that tried to take advantage of the brand and readership of the Murdoch-owned UK tabloid. That business eventually failed.

A Tough Year For Tabcorp

Tabcorp had to go through tough times in 2020, mostly due to the effects of the novel coronavirus pandemic but also to stiff competition from the likes of Sportsbet on the wagering front.

The primary sources of income for Tabcorp remained its lotteries and keno. These products produced revenues of 1.61 billion Australian dollars, an increase of 1.6% compared to the first half of the 2019-2020 fiscal year.

That is why the company is considering selling its wagering division. Tabcorp confirmed it received offers from multiple sources for selling the “Wagering and Media” division, which controls around 44% of the local sports betting and racing market.

The most significant of those offers came from Entain, an important British sports betting and gambling company which owns prominent brands like Bwin, Coral, Ladbrokes, PartyPoker and Sportingbet. The initial offer was worth 2.3 billion dollars and it was rejected, but now it seems Entain improved the offer to 3 billion Australian dollars.