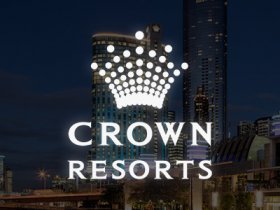 Crown Resorts, the biggest owner and operator of land-based casinos in Australia, has announced it was able to reach a settlement worth 125 million Australian dollars over a class-action lawsuit related to its marketing activities in China.

The lawsuit was triggered by a sharp drop of the company’s shares back in 2016, on October 17 Crown shares dropped by 14 percent after it was revealed that 19 of the firm’s staff were detained in China for illegally marketing its casino services in this country.

That big drop in share price led to law firm Maurice Blackburn launching the class-action lawsuit against Crown Resorts. The case dragged on for nearly five years and it was due to head to court on 29 October. That wasn’t the case, though, as Crown Resorts was able to reach an agreement ahead of the court date.

The value of the agreement is 125 million Australian dollars, and that amount includes interest and costs. However, the agreement clearly states that Crown Resorts does not admit its liability in this case.

Moreover, Crown Resorts added that it expects to recover a portion of the settlement from its insurers at some point in the future. That is not a certainty, though, as the company will have to undergo negotiations with the insurance companies and the outcome of those negotiations is not guaranteed.

This agreement comes just a few days after Crown Resorts was found unsuitable to operate a casino in Victoria by the state’s Royal Commission. However, the company was allowed to continue to operate its casino in Melbourne as the commission admitted that closing the operation would have a significant impact on the local economy.

The state decided that Crown Resorts would be allowed to continue operating their casino in Melbourne for a two-year period, but during this period the operator will work under close scrutiny from an external monitor.

The monitor is going to act as a member of the board of directors, but without the right to vote. Moreover, the monitor, named as a “special manager”, would have the power to direct the board to take a decision or another at any point.

In addition to that, the monitor will be given complete access to the company’s books and will submit reports to the Victorian gaming minister. At the end of the two years, the monitor will have the task of recommending to the regulator whether Crown Resorts should keep its Melbourne casino license or not.