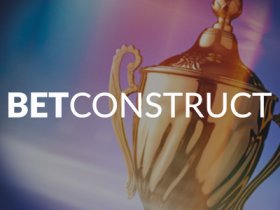 BetConstruct, the established international supplier of live dealer games and other software for online casinos, has received recognition at the 2021 International Gaming Awards in London as it was named the “iGaming Software Supplier of the Year”.

The International Gaming Awards have been around since 2008, and since then the best companies in the iGaming industry have received recognition for their contributions every year.

The jury motivated their decision to give BetConstruct the award by saying that the company made significant improvements to its platform during 2020 and 2021 in order to offer their business customers the best possible content.

Moreover, as the coronavirus pandemic struck the land-based casino industry pretty hard, BetConstruct switched its focus to peer-to-peer games in order to keep offering attractive content to players all over the world.

During the past year, the company launched Belote, Keno, Farkle, Pasoor and Hokm along with several other skill games that were a big hit with players considering the new players count and overall bet amounts.

BetConstruct was founded in 2005 in London and since then it has grown into a truly global company, which employs around 800 people in offices located in the United Kingdom, Armenia, Ukraine, Latvia, Malta, Latin America, France, Germany, Austria, Peru, Mexico, China, South Africa, and the United States of America.

The company’s efforts were recognized with several important industry awards in the past as well, including “Innovator of the Year” at the International Gaming Awards 2015 and “Best Customer Service” at the 2016 EGR B2B Awards. BetConstruct’s activity is not limited to live casino games, the company also offers sportsbook services, random number generator products, poker, fantasy sports and virtual reality casino services.

The object of the game is the same as in the well-known standard roulette, the player has to predict where the ball is going to land on the next spin of the roulette. The twist that BetConstruct added in Express Roulette is that there will be two roulettes spinning at the same time, allowing operators to take double bets from players.

In the case of corresponding results at the two tables, the payout is worth over 1,000 times the stake. This twist has attracted more players to the game and increased the customer base for the operators.

Express Roulette also has an optional feature called “Favorite Bets”, which gives players the opportunity to create their own bet combinations and save them for future use. There’s also an “Autoplay” button available in the game, which can be used to activate the automatic betting mode.