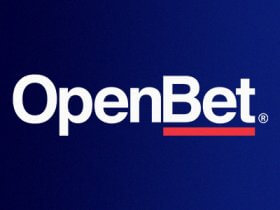 SportsBet, the biggest online bookmaker in Australia, has announced the signing of a new deal with OpenBet, which will provide the platform for the sportsbook for the following four years.

This new agreement will see SportsBet run its website on the OpenBet platform until the end of 2025, looking to continue the rapid growth it has experienced over the past year. SportsBet merged with BetEasy in 2020, creating the biggest online sportsbook in Australia.

The rapid growth was not due to the merger with BetEasy alone. In fact, the combined market share of SportsBet and BetEasy at the time of the merger was 26 percent, but now it has grown to 47 percent while Tabcorp dropped from 50 percent to just 39.

SportsBet started out all the way back in 1994, with brick-and-mortar shops in Australia. Then went online in 1999 and was acquired by Paddy Power in 2009. In 2015, Paddy Power and Betfair merged and formed Flutter Entertainment plc, which is the company that continues to operate Sportsbet.

Flutter Entertainment is the world’s biggest sports betting, gaming and entertainment provider, with over 13 million customers worldwide. Alongside Sportsbet, this global giant also owns some of the world’s most famous brands: FanDuel in the United States, plus Paddy Power, Betfair and Sky Betting in the United Kingdom.

Speaking about the new four-year contract with SportsBet Jordan Levin, Chief Executive Officer of OpenBet, said that the deal brings his company “great pride” as it will provide players in Australia with “a safe, responsible and immersive experience.”

OpenBet has been in this industry for the past 25 years and developed into a real global player. The supplier also has agreements with PointsBet, another top bookmaker from Australia, William Hill, Ladbrokes, Boyle Sports and several other well-known online sportsbook operators.

Earlier this year, SportsBet also signed a deal with SIS (Sports Information Services), allowing the sportsbook operator to add greyhound racing events from the United Kingdom and Ireland to its portfolio.