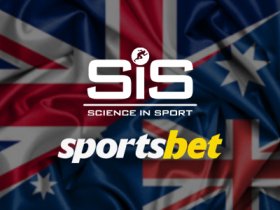 Sportsbet, which is owned by the Flutter Group, will now be able to add greyhound racing events from the United Kingdom and Ireland to its portfolio thanks to the deal with Sports Information Services.

The content from SIS will also be shown throughout Australia on Tabcorp’s (TAB) SKY Racing network and in the TAB app. The new greyhound offering will feature up to 53 meetings every week, taking place on famous British tracks including Central Park, Towcester, Crayford, Doncaster, Harlow, Henlow, Hove, Monmore and Romford. The platform will also include Irish events from Cork, Youghal, Kilkenny, Limerick, Mullingar, Tralee and Waterford.

This move by Sports Information Services follows a recent agreement that the company reached with Racecourse Media Group to deliver British and Irish horse racing to Sportsbet, the biggest online bookmaker in Australia.

Sportsbet Australia started out in 1994, then went online in 1999 and was acquired by Paddy Power in 2009. In 2015, Paddy Power and Betfair merged and formed Flutter Entertainment plc, which continues to operate Sportsbet.

About the new partnership with Sports Information Services, Paul Bittar, General Manager for Sports Partnerships at Sportsbet, said: “We are continually looking at expanding our international racing offering, so are thrilled to partner with SIS and deliver quality UK and Irish greyhounds.

With SIS’s experience in the distribution of top-quality live pictures and data of these greyhound meetings, we are in a strong position to deliver exciting new betting experiences for our customers and increase engagement levels.”

Helen Ridley, Head of Group Account Management at Sports Information Services, added: “Delivering our industry-leading portfolio of UK and Irish greyhound action to Sportsbet is the perfect way to follow up on our recent horse racing deal with the leading Australian operator.

Sportsbet have significantly boosted their racing offering by adding our first-class greyhound racing, which continues to deliver strong revenues for bookmakers across the globe. We are delighted to have extended our partnership with Sportsbet and look forward to working with them.”