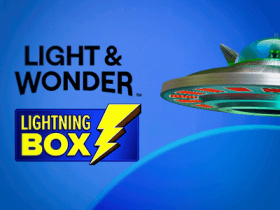 Lightning Box, the innovative digital content studio from Australia, has announced that it has beaten its revenue growth records in the first twelve months since being acquired by Light & Wonder, the global gambling giant formerly known as Scientific Games.

Lightning Box is based in Sydney and has been creating slot games for online casinos since 2004. The studio signed partnerships with several big casino operators in Europe, Canada and the United States. The games created in the Sydney studio can be found in the offering of big online casino brands like BetMGM, Golden Nugget, FanDuel, British Columbia Lottery Corporation, Loto Quebec, Unibet, 888casino, Sky Bet and LeoVegas.

In August 2021 the studio was acquired by Light & Wonder (Scientific Games) as the American gambling giant was looking to expand its capabilities of creating original and innovative content.

Now, twelve months after the acquisition, Lightning Box revealed that it enjoyed revenue growth of 57 percent. Moreover, August 2022 was the best ever month for Lightning Box in terms of revenue, mainly thanks to the great commercial support provided by Light & Wonder.

The Australian company revealed that its games performed exceptionally well in the North American market, where two of its titles are currently in the top 20 games across the OpenGaming platform, which is operated by Light & Wonder.

Moreover, the company’s successful “Lightning Shenlong” game is currently in the top 10. And there’s plenty of competition in the OpenGaming platform as it comprises more than 3,500 games both from in-house studios and third-party creators. Three slot games created by Lightning Box made the EGR North America slots rankings for July 2022.

Speaking about the exceptional results, Peter Causley, Chief Executive Officer and co-founder of Lightning Box, revealed that he expected the business to grow but admitted that he was taken aback by “the speed at which we have flourished.”