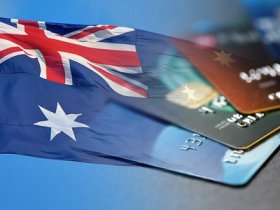 The Australian Banking Association has released a report regarding the use of credit cards for gambling transactions and the findings could lead to further limits and bans for customers.

The process started last year, when the Association announced it launched a consultation to solicit community views on the use of credit cards for gambling purposes.

Now the findings of that consultation have been released, based on views submitted by 813 individuals, along with betting operators, gambling counsellors, consumer advocates, academics and government agencies.

Most of the views expressed in this research were firmly in favour of prohibiting credit card-based gambling. About allowing credit card spending for gambling purposes, the report states that “the associated risks were considered to significantly outweigh any potential benefits for customers, especially for vulnerable populations.”

Moreover, the report adds that credit cards are already blocked from gambling purchases in land-based casinos and online betting operators only accept debit card payments, which only allows customers to spend money they already have in their accounts.

Some of the opinions expressed in the report were against a ban, indicating that Australia’s betting industry is already extremely regulated and credit card restrictions wouldn’t really solve the issue of problem gamblers.

Additionally, other parties said that such a ban could push customers to take their business to internationally licensed online casinos, which do accept credit cards and also offer more gambling products than websites licensed in Australia.

The Australian Banking Association will now assess the findings of this report and decide whether further action should be taken.

In October, Bank Australia, who is one of the members of the Australian Banking Association, decided to ban all credit card transactions for gambling and gaming purposes starting on December 1st.

Another member of the Australian Banking Association, Macquarie Bank, took a similar step in June 2019. Given the conclusions of the report, it is likely that more and more banks might follow suit.

However, there are still voices that speak against such bans. Jeff Rogut, Chief Executive of the Australasian Association of Convenience Stores, says that the bank should not be trying to control how its customers behave: “I don’t think the ­companies that are offering the service should decide where consumers are spending their money.”

Peter Kurti, Director at The Centre for Independent Studies, added: “It’s odd that a bank wants to dictate such moral decisions. What’s next? If you go to Dan Murphys or McDonalds and make four trips in a week is the bank going to say “no it’s bad for you”?”