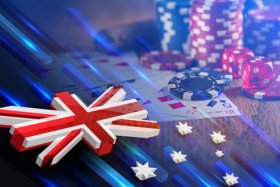 The Commonwealth Bank of Australia was ordered by Australia’s Federal Court to pay a penalty of 150,000 dollars after having increased the credit limit of a known problem gambler.

The bank’s actions were ruled to have breached the National Consumer Credit Protection Act of 2009. The case was brought to court by the Australian Securities and Investments Commission (ASIC).

ASIC investigated the matter after having received a complaint from a certain David Harris, the problem gambler that received an increased credit limit from the bank.

In fact, David Harris revealed that he informed the Commonwealth Bank of Australia back in October 2016 that he had a gambling problem and asked them to keep his credit limit unchanged until he sorts out his addiction.

Despite all that, in January 2017 he asked the bank to increase his credit limit from 27,100 Australian dollars to 35,100 and the Commonwealth Bank of Australia immediately agreed and made the additional funds available.

The court said the Commonwealth Bank of Australia (CBA) breached several provisions of the National Consumer Credit Protection Act 2009, which were designed to enforce responsible lending.

After the court ruling, the Australian Securities and Investments Commission issued a statement saying: “The CBA failed to take account of Mr Harris’ notification that he was a problem gambler and to take reasonable steps to verify his financial situation before offering and approving a credit card limit increase.

As recognised by Justice Murphy in his judgment, the CBA has taken corrective measures to finalise a hardship arrangement with Mr Harris and has introduced a series of measures intended to address issues associated with problem gambling as well as broader measures to assist customers to manage their credit card expenditure.”

In December 2019, the Australian Banking Association launched a consultation on potential limits regarding the use of credit cards to fund online gambling.

Following that initiative, National Australia Bank became the first in the country to offer its customers the option of blocking gambling transactions through its mobile application.

In October, Bank Australia, the tenth-largest company in the Australian mutual or cooperative banking sector, announced that it will ban all credit card transactions for gambling and gaming purposes. The ban will be enforced starting December 1st.