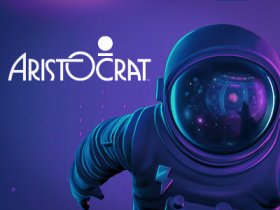 Aristocrat Leisure Limited, the Australian developer of casino slot machines and digital games, has announced its results for the 2021 fiscal year, in which it recorded a profit increase of over 81 percent year-on-year.

The company’s revenue also went up, the recorded revenue for the 2021 fiscal year was 4.74 billion Australian dollars,representing a 14.4 percent increase compared to the previous year.

Aristocrat’s digital division brought in the biggest contribution to the total revenue, generating 2.47 billion Australian dollars in the financial year which ended on 30 September 2021. That figure represents an increase of 4.6 percent compared to FY20.

The Australian company developed seven of the most popular 100 mobile games in the United States market, and continued to rank among the top five mobile games publishers in the Western world.

Aristocrat also managed to generate significant revenue in Australia and New Zealand, bringing in a total of 399.8 million Australian dollars. That number represents an increase of 42.5 percent compared to the previous year, despite the numerous restrictions imposed in the region due to the novel coronavirus pandemic.

Playtech Acquisition Still On The Cards

The strong results for FY21 encouraged the Aristocrat management to keep its offer to acquire Playtech on the table, despite recent reports regarding increased competition for the company. The Australian company agreed a deal worth 2.7 billion dollars to acquire Playtech, but then a rival bid seemed to appear from Gopher Investments, a minority shareholder in the international game developer.

Approximately a week later, Gopher Investments announced that it would not make an offer to acquire Playtech. However, the company received a preliminary approach from another party: JKO Play Limited, a firm that is controlled by former Formula One team-owner Eddie Jordan and Keith O’Loughlin, a former executive at American slot machine maker Scientific Games.

Playtech has confirmed the interest from JKO Play but added that discussions with this company “are at an early stage and ongoing.” Moreover, Playtech added in an official statement that “there can be no certainty that JKO’s approach will result in an offer, nor as to the terms on which any offer might be made.”