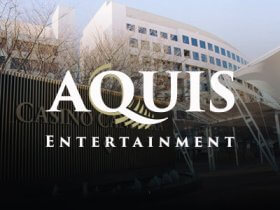 Aquis Entertainment, the Australian company that owns and operates Casino Canberra, has announced that it has decided to accept an offer worth 63 million Australian dollars from Iris CC Holdings for the casino.

Earlier this year, Aquis Entertainment had received an offer of 52 million dollars for Casino Canberra from Capital Leisure & Entertainment, which is owned and controlled by interests associated with the Oscars Group, the hospitality giant that owns 30 different venues in New South Wales, including hotels, pubs, conference and events facilities, chartered vessels plus commercial and residential developments.

Aquis Entertainment was inclined to accept the offer at that time, but in July everything took another turn as Iris CC Holdings submitted a second offer for Casino Canberra. That led to the suspension of trading for Aquis Entertainment shares.

The owners of Casino Canberra did sign a share purchase agreement with Oscars but the better offer from Iris CC Holdings persuaded them to break that agreement. As a result, Aquis Entertainment will have to pay Oscars a break fee worth 1 million dollars.

Iris CC Holdings announced that it will keep all the employees that are currently working at Casino Canberra. Allison Gallaugher, Chief Executive Officer of Aquis and Casino Canberra, described the new proposal as “a considerable value uplift to the company and its shareholders.”

Casino Canberra had been recording financial losses in recent years, even before the Covid-19 pandemic impacted the industry. Aquis Entertainment kept trying to elaborate plans to redevelop the property, but their intentions were not appreciated by the authorities.

The Australian Capital Territory (ACT) Government turned the company’s plans down on every occasion, and ultimately that led to the decision to sell the casino. Aquis purchased Casino Canberra in 2014 and submitted its original redevelopment plans in 2015, including a request for permission to install up to 500 slot machines.

The initial project was rejected in December 2018, but the ACT Government issued a counter offer which was going to allow Aquis to install just 200 slot machines and 60 Electronic Gaming Machines. That offer was not good enough for Aquis and it was turned down.

Casino Canberra is the main business of Aquis Entertainment, and the company’s representatives said that the funds received from the sale would be used to repay its debt and then redistribute the remaining amounts to its shareholders.