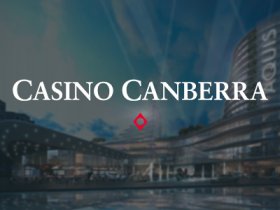 Aquis Entertainment, the Australian company that owns and operates Casino Canberra, is looking to restart talks with the government regarding the redevelopment of the property.

The company’s plans were revealed during last week’s annual general meeting of the shareholders. Tony Fung, the chairman of Aquis Entertainment, told shareholders that he plans to resume talks with the Australian Capital Territory government and gain permission to invest around 330 million Australian dollars into the redevelopment of Casino Canberra.

The chairman added that redeveloping the casino is a very important part of the company’s future, even though until now talks with the government haven’t reached a conclusion due to disagreements over the number of slot machines allowed at the venue.

Fung also stressed that he looks forward “to the opportunity to deliver to Canberra the kind of world class entertainment precinct that our Capital city deserves and to creating many new employment opportunities and further securing all existing roles within our business.”

Aquis Entertainment purchased Casino Canberra in 2014 and the next year the company submitted its redevelopment plans, which included a request to allow 500 slot machines to be installed at the venue. Under current legislation in the Australian Capital Territory, Casino Canberra is not allowed to operate slot machines.

The upgrade plans included new retail facilities and entertainment areas and the company estimated that the changes would have brought an additional 700,000 guests each year.

A Lengthy and Fruitless Process

The company’s initial application for the redevelopment of Casino Canberra was turned down by the government in December 2018. At that time, the government described the proposition from Aquis Entertainment as unsustainable because the regulation and financing details were quite uncertain.

However, the Australian Capital Territory government made a counter offer, allowing Aquis Entertainment to run 200 slot machines and 60 electronic gaming machines under certain conditions. The company rejected the offer, but now it might be willing to adopt a different stance. At the moment, Canberra Casino offers its customers blackjack, poker, roulette, and baccarat tables.

Source: “Aquis to resume talks with government this year on Canberra project“. Asia Gaming Brief. May 14, 2021.