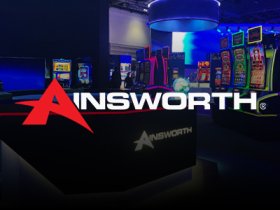 Ainsworth Game Technology, the famous Australian gaming equipment manufacturer, has announced that it will focus on building cash reserves in order to fund its growth initiatives in 2023.

That will keep dividend payments suspended for at least another year, after their payment was first halted due to the negative impact of the novel coronavirus pandemic on the Australian company’s business.

Danny Gladstone, the current Chairman of Ainsworth and a former Chief Executive Officer of the company, spoke about the company’s plans at the Annual General Meeting at the end of November. The Chairman pointed out that Ainsworth has around 50 million Australian dollars in cash, which represents a strong building block for growth.

However, the Chairman added that it was very important that the company maintains such cash reserves because the current times bring “ongoing economic uncertainties.” Gladstone stressed that the company’s priority “remains to maintain a strong balance sheet to be able to self-fund the growth strategy and product investments.”

The CEO also pointed out that investment into research and development will continue, including the launch of two new games studios in addition to the company’s established studios located in Australia and Las Vegas. “We have entered the first half of FY23 with good momentum, the new year has started well and we will continue to execute the plan,” the Chief Executive Officer concluded.

Ainsworth Game Technology is one of the pillars of the global gambling industry. The company was founded back in 1995 in Sydney and gradually expanded into new markets like North America, Europe, Asia and South America.