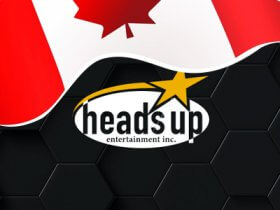 HeadsUp Entertainment, the international company that used to own the Canadian Poker Tour, is currently holding discussions about a possible merger ahead of its entry into the regulated Canadian sports betting market in 2021.

The company, which has its headquarters in Calgary, has recently appointed Doug Wilson as president and chief executive officer. HeadsUp is set to launch its media content delivery platforms in the first week of January, in anticipation of the expected liberalization of gambling laws in Canada in the first or second quarter of the new year.

In preparation for the new possibilities on the market, HeadsUp Entertainment revealed it is already discussing possible mergers with two sportsbook software providers. The company also announced that it is negotiating a potential deal with a strategic media partner.

Doug Wilson, Chief Executive Officer of HeadsUp Entertainment, said: “The rapidly evolving opportunities in the Canadian market, as well as in other countries, are very encouraging and our team has been anticipating licensing and government regulation that we are strategically poised to take advantage of.”

In November, the Canadian federal government introduced bill C-218 to the House of Commons. If that bill passes both House and Senate, it would legalize single-game sports wagering within Canada’s ten provinces and three territories. It is widely anticipated that the bill will indeed pass in the spring of 2021.

This is the third time that legislators try to make legal single-event betting in Canada, as the first two attempts failed to gather support. This time the Canadian Gaming Association (CGA) gave full support to the bill, and everything seems set for it to pass in 2021.

The changes in legislation would allow HeadsUp Entertainment to register significant growth, as the market is expected to be worth over 14 billion U.S. dollars in annual gross gaming revenue, as estimated by the Canadian Gaming Association.

The company was founded in 1997 and it is active in several verticals related to gambling, from online casinos to sports betting, eSports broadcasting and even live dealer games.

It recently decided not to pursue the acquisition of Curacao-licensed online gaming business VIP Entertainment Group, as owning shares in that market might have a detrimental effect on its hopes of being approved as a regulated sports book operator in Canada and the United States.