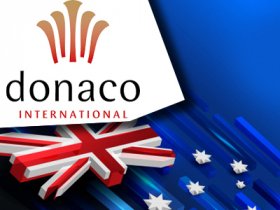 Australian-listed Donaco International made public the successful settlement of a number of legal proceedings that arose from Donaco’s acquisition of the Star Vegas business. The latter is headed by a famous Thai businessman and politician Somboon Sukjaeroenkraisri while his two sons Lee Bug Huy and Lee Bug Tong are also included in the settlement.

Quite understandably, the main focus of the company was on preserving shareholder value in the Star Vegas Resort & Club, the largest Donaco business established in 1999 in Poipet, Cambodia. With more than 150 gaming tables, over 1000 slot machines, and 385 hotel rooms, this casino and hotel complex on the Thailand border has always been a popular destination and remained profitable generating positive cashflow.

“We have reached a pragmatic and fair settlement of this long-running dispute, in what we believe is a timely manner. Most importantly the remaining value of the Star Vegas business is retained for shareholders, and we do not expect any changes to the carrying value of the asset as a result of this settlement”, said Chairman Mel Ashton.

He continued: “This gives us the stable platform we need to press forward on our other two key priorities for shareholders –firstly continued improvement to the financial position of the Company, as demonstrated by our 23% reduction in borrowings at the recent half-year result, and looking forward making sure we have in place the necessary facilities to weather the short term impacts of COVID-19 in the current half”.

Multiple Proceedings Brought To An End

Issued on Monday, the release revealed the details of the settlement, which among other things stated that the parties amended the perpetual lease agreement granting Donaco security of tenure over the casino until 15 June 2115.

…the Sydney-headquartered enterprise will receive $38 million to remove the non-competition and non-solicitation clauses in the share sale agreement, as well as pay $18 million to settle the claims for unpaid managements fees plus interest. In addition to that Donaco will pay any outstanding rent and an extra lease payment of $20 million to Lee Hoe Property Co.

When it comes to Somboon Sukjaeroenkraisri, according to the deal, he will receive 120 million shares and $60 million annual earnings before interest, taxes, depreciation, and amortization.

Commenting on the settlement,Mel Ashton also added that…

…“resolution of the uncertainty around the dispute will allow us much greater leverage in addressing the conditions around contracts with third-party vendors which we are seeking to move on to more commercial terms, in line with our focus on operational and corporate expenses, to improve efficiencies across the business”.

Under the deal, the vendors are restricted from selling off their 17.99% stake in Donaco for at least six months.