Star Entertainment Records Losses In First Half Of Fiscal Year 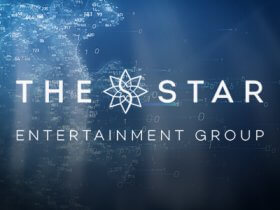 Star Entertainment Group, one of the biggest hotel and casino operators in Australia, has announced that it recorded losses of over 65 million Australian dollars in the first half of the 2021-2022 fiscal year.

The Australian operator was affected by casino closures and other restrictions imposed by the authorities in order to stop the spread of the novel coronavirus. For the six months to December 31 2021, Star Entertainment recorded a drop of 22.1 percent in revenue to 577.1 million Australian dollars. In the corresponding period of the previous financial year, the company generated revenue of 741.4 million Australian dollars.

The company’s Sydney venue was closed for a significant period, from 26 June to 11 October, while its venues in Queensland were also closed for a short period during the last six months of 2021. Moreover, the operator’s international VIP business was also affected by international border closures and travel restrictions.

The company’s Gold Coast venue was the only one to report a revenue increase, it generated 180.4 million dollars in the last six months of 2021, which represents an increase of 5.1 percent compared to the last half of 2020.

Regulatory Troubles On The Horizon

The last half of 2021 brought regulatory headaches for Star Entertainment as the company is under investigation for possible money-laundering offenses at Star Sydney. The company initially said media reports over the matter were “misleading”, but later issued an expanded response, which said the operator was committed to improving its anti money-laundering compliance.

In September 2021, the New South Wales Independent Liquor and Gaming Authority announced it launched an investigation into The Star Casino after concerns were raised about the operator’s dealings with junkets, along with failings regarding money laundering prevention measures.

The New South Wales Independent Liquor and Gaming Authority received evidence from The Star on August 4, 2020, which revealed that The Star was working with junket operators and continued to do so despite the fact that rival operator Crown Resorts had been ordered to stop working with these businesses.

In May 2021, the New South Wales Independent Liquor and Gaming Authority found out that The Star had continued their junket dealings until at least October 2020. Star Entertainment owns and operates The Star Sydney, The Star Gold Coast and Treasury Brisbane. It has also purchased the Sheraton Grand Mirage on the Gold Coast in a joint venture, and is currently developing the Queen’s Wharf Brisbane project.