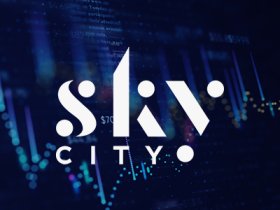 SkyCity Entertainment Group, the company that owns and operates five land-based casinos in Australia and New Zealand, has announced that it has recorded a net loss of 21 million dollars in the 2022 fiscal year.

The negative result was primarily due to a decrease in net revenues, but the company’s expenditure also registered a slight increase. The company pointed out that its properties in Auckland, Hamilton, Queenstown and Adelaide remained closed for a very long time during the first half of the fiscal year.

The company’s Auckland property remained closed for 107 days, the venue in Hamilton had its doors shut for 65 days, while the property in Queenstown was closed for 22 days.

The net revenue registered by SkyCity Entertainment during this period dropped 33 percent compared to the previous fiscal year, amounting to 397 million dollars from the 592 million dollars reported the year before.

The most important contributor to the company’s coffers was SkyCity Auckland, which brought in 52 percent of the total revenue. Nevertheless, the Auckland casino only managed to produce 206 million dollars, 32 percent less than the previous year.

SkyCity Adelaide contributed 31 percent of the company’s revenue during the 2022 fiscal year, but overall its contribution also dropped by 7 percent compared to the previous year.

SkyCity Entertainment also has an online presence but it’s still fairly weak at the moment, representing just 3 percent of the company’s total revenue or an amount of 11 million dollars. However, the online business did record a revenue increase of 21 percent year-on-year.

This is why SkyCity Entertainment aims to develop its online presence in the coming months, mainly through a strategic partnership with Gaming Innovation Group (GiG).

The company also pointed out that its tourism-related businesses continued to recover during the 2022 fiscal year benefitted from positive domestic visitation, particularly during weekend and holiday periods.

Moreover, SkyCity Entertainment announced that if the business environment remains free of disruptions, the company’s earnings during the 2023 fiscal year should return to the levels that were recorded before the novel coronavirus pandemic, particularly at SkyCity Auckland in New Zealand.