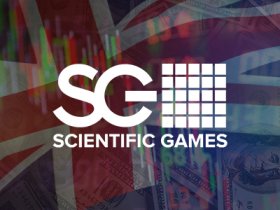 The initial public offering is estimated to be worth around 5 billion Australian dollars. The news of the company’s intentions comes just one week after the American firm revealed its plans to divest its Lottery and Sports Betting businesses.

For now, the plan to launch the lottery business on the Australian stock exchange is still at the initial pitching stage. However, it could lead to the launch of an initial public offering pretty soon, which would bring the 5 billion Australian dollars to Scientific Games Corporation.

At this stage the company could also select another stock exchange for the IPO launch. However, if it does end up choosing Australia, the initial public offering could become one of the biggest non-privatisation IPOs in the history of the Australian Stock Exchange.

SciGames Lotteries, the lottery division of the Scientific Games Corporation, recorded earnings before interest, taxes, depreciation and amortization (EBITDA) of 570 million Australian dollars over the past twelve months. The lottery side of the business also managed to record a 36 percent increase in revenue year-on-year.

According to the Australian media, Scientific Games has contacted Sydney-based investment bank Jarden Australia to ask for help in forecasting what the IPO launch on the Australian Stock Exchange could do for the company.

The possible choice of the Australian Stock Exchange for the IPO launch does not come from nowhere. Scientific Games Corporation has strong links to the country as its recently concluded strategic review was led by Toni Korsanos and Jamie Odell, both born in Australia and both former senior executives at Aristocrat Leisure Limited, the gaming machines manufacturer based in New South Wales.

The company started out under the Autotote brand back in 1917, and after several mergers it developed into today’s industry giant, a world leader in the entertainment business. Scientific Games Corporation now offers games, systems and services for casinos, lottery, social gaming, online gaming and sports betting.