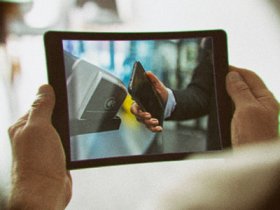 The government of New South Wales, the southeastern Australian state that has Sydney as its capital city, has announced that its initial plans for introducing a mandatory cashless gaming card could be scrapped.

That respective card would have funds pre-loaded on it, but it would also be linked to the state exclusion register to immediately identify self-excluded players and prevent them from gambling.

At that time the government was worried about the increased expenditure from citizens on poker machines, especially during the novel coronavirus pandemic. According to data released by the government, customers had spent 200 million dollars more on pokies between July and August 2020 compared to the same period in 2019.

There are no less than 95,000 video poker machines in the Australian state of New South Wales, and they bring in a total of more than 1 billion dollars in state taxes each year. Players in Australia can also enjoy real money pokies online, there are several international casinos that are open for business.

Digital Payment System Instead Of Cards

The introduction of the mandatory gaming card was initially proposed by Victor Dominello, the New South Wales minister for customer service, and his proposal was followed by the launch of a cashless gaming trial in a Newcastle club.

A year later, in December 2021, Dominello was replaced in a cabinet reshuffle and his job was taken by Kevin Anderson, serving as Minister for Hospitality and Racing. The new minister revealed he does not support the government controlling a mandatory cashless card, but said he supported digital payments instead, but only on an opt-in basis.