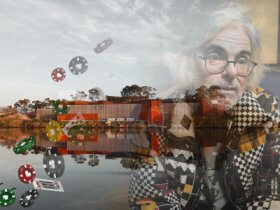 The owner of Hobart’s state-of-the-art Museum of Old and New Art and an avid gambler, David Walsh would be offered a high-roller casino license under a new policy of Tasmanian Government that provides for preventing the state’s residents from betting at the long-planned luxury venue.

…the state’s future gaming policy consultation paper also reveals that the state’s north is likely to get one more non-resident casino for active whales. Naturally, in the case, the Government thinks that business case makes sense. Anyway, one thing is for sure: neither house would be authorized to feature pokies as part of the offering, just popular table games.

As stated in the paper: “In the first instance, the licence for the south will be offered to MONA in line with its 2015 proposal and subject to meeting all necessary probity and financial licence requirements.“

The End Of Federal Group Monopoly

Back in December 2015, Mr. Walsh unveiled expansion plans for a gambling paradise called HOMO (HOtelMOna) – a 160-room hotel and casino, which would also house a function center, restaurant, bar, theatre, some retail, a spa, as well as a bigger library.

By the way, just three months earlier, in September that year, he rejected an agreement that would have given green light to the casino, because it also protected Federal’s monopoly on poker machines.

…Mr. Walsh, who made his fortune on blackjack and at the racetrack, is going to be offered the license for a high-end establishment he proposed for MONA providing the place will not accept Tasmanians in accordance with the government’s consultation policy.

In addition to that, Greg Farrell’s Federal Group, which currently has a monopoly on poker machines in the state will no longer enjoy this privilege. From 2023, all pubs and clubs will be able to license pokies directly, instead of from Federal, which, in its turn, will reserve rights to monitor and regulate its own network of sleek cabinets.

Plus, the Group will also retain its status as the state’s keno operator. When it comes to the license fees, tax rates, and other terms associated with its two casinos in Hobart and Launceston, they’re still to be defined.

While the opponents of the Government’s idea to license poker machines on a case by case basis express certain concerns that such a procedure can increase the number of people with gambling problems, Tasmanian Finance MinisterMichael Ferguson stated there would not be a watering down of protections. He said: “Tasmania’s harm-minimisation framework is already recognised nationally as best practice, and that will not change.”

…to strengthen funds aimed at confronting problem gambling, for the first time, the Government will place a 3% community support levy on the gross revenue of poker machines in the casinos run by Federal Group.

“The use of the increased pool of CSL funding is subject to further consideration,” said in a Treasury fact sheet. “This will include how it can be best targeted to achieve its objective, and whether the current funding allocation model is the most appropriate for the new gaming environment.“