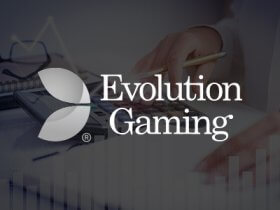 Leading provider of live casino solutions Evolution Gaming is ready to increase the capacity of floor operations at the company’s Tbilisi studio, following the approval given by the Georgian authorities. Temporarily closed on 23 March, one of the Evo’s main production sites was re-opened on 4 April with a significantly reduced number of tables.

100 Live Dealer Tables For The Start

According to the statement, the current plans are to initially re-open approximately 100 tables. Even though it is still far from the studio’s full capacity, the company says it is „scaling up the operations to a limited extent as the safety and well-being of its employees continue to be the first priority.“

At the beginning of the year…

…the workforce of Tbilisi spot numbered almost 2,000 employees, and together with their colleagues in Latvia and Malta, they run over 700 Live Dealer tables. Known for its unrivaled quality of streaming and fully mobile-optimized solutions, the Swedish brand boasts an immense range of titles, including numerous variants of blackjack, roulette, poker, and baccarat.

The Group had a great start to 2020 reporting the increase of operating revenues by 45% to €115,1 million compared to the same period of 2019. Presented in many regulated markets across the world, Evolution Gaming is constantly looking for new opportunities to extend its coverage.

Somewhat earlier, the company received a National Manufacturer license in South Africa and at the moment, it’s closely monitoring the developments in Michigan, which is likely to join New Jersey and Pennsylvania to become the third regulated online gambling market in the USA. As for the new studio in Pennsylvania, it’s supposed to go live before the end of the year.

…introduced at the beginning of the year, the brand also plans to extend the First Person portfolio, as well as unveil Power Blackjack and Baccarat Multiplay in the second quarter. As things stand now, the innovative hubs in Malta and Latvia continue to manage a significantly larger share of the traffic due to the limited performances of the studios in Georgia and Spain.

Source: „Studio operations in Georgia have been authorised to increase the capacity“. Evolution Gaming. May 8, 2020.