BetGames Launches Improved Versions of Bet on Baccarat and 6+ Poker 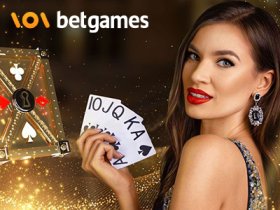 BetGames, one of the world’s leading suppliers of live dealer games for online casinos, has announced that it has kicked off 2023 with the launch of improved versions for two of its most popular games.

The titles in question are Bet on Baccarat and 6+ Poker and both received a new design which should give players a new experience while playing their favorite live dealer games.

In the improved version of Bet on Baccarat, players will enjoy a refreshed Asian theme with a crisp red background spiced up by lanterns and dragons. As for 6+ Poker, this game’s design received an update in the form of a golden and black environment, which should give players a VIP feel.

The gameplay remains the same for both titles, retaining what players from all over the world enjoyed the most. Bet on Baccarat is based on the popular card game Punto Banco, the popular casino table game. Its aim is to get as close to nine as possible with a card combination, and the dealer or player with the highest sum-total wins. 6+ Poker is a variant on the well-known Poker Texas ‘Hold Em’ game, which is popular all over the world.

Speaking about the new versions, Ian Catchick, Chief Product and Business Development Officer at BetGames, revealed that the company is constantly trying to improve its products in order to “give players the best possible casino experience.”

“Bet on Baccarat and 6+ Poker are two of our most well-received titles and we believe fans will enjoy what’s on offer in these new, refurbished and evolved versions,” Ian Catchick added.

2023 is a very important year for BetGames as the company continues to improve its portfolio and grow its international presence. Moreover, last year the supplier decided to change its brand from BetGames.TV to the more streamlined BetGames version, which came with a new visual identity and with a revamping of the company website.

In 2022 the supplier also managed to refurbish and improve its Lotto Reloaded studio to increase player engagement and further establish the company’s powerful position in this industry.

BetGames products are authorized in several key markets including those governed by the United Kingdom Gambling Commission and Malta Gaming Authority, along with a variety of South African jurisdictions.