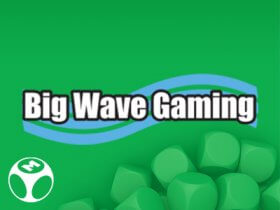 Big Wave Gaming, the innovative developer of casino games from Australia, has announced it signed a partnership with EveryMatrix, the established online casino software developer based in Malta.

Big Wave Gaming is a studio based in Sydney, which specialises in creating exciting slot games which have gained popularity not only in online casinos but also in land-based venues and social casinos.

RGS Matrix is fully compliant in more than 10 international jurisdictions at the moment, with more to be added to the list in the near future. The platform is very helpful for online casinos as they can get access to a premium gaming portfolio in a single place.

On the other hand, smaller developers can get access to powerful tools needed to produce premium-quality titles. Even well-known developers can be found on RGS Matrix, as the platform cuts the time-to-market, promotes consistent deployment and also helps with various feature integrations.

Adding More Diversity To The Offering

Speaking after the partnership was signed, Ashley Bloor, Business Owner of RGS Matrix, said that the addition of Big Wave Gaming to the platform means adding more diversity to the offering, which should lead to “a fruitful partnership”.

Ivan Rungkat, the Chief Executive Officer of Big Wave Gaming, added that his company was “thrilled” to find such a powerful partner that could help distribute its games to a wider audience. Big Wave Gaming has decades of experience in this industry, and the studio has produced exclusive bespoke games for big companies such as Novomatic, Green Tube and Skywind. However, for the near future the studio is planning to release more of their own games.

Last year, EveryMatrix decided to add live casino titles to their offering as well, through a partnership with Pragmatic Play, a developer that has invested heavily in the live dealer games vertical recently.