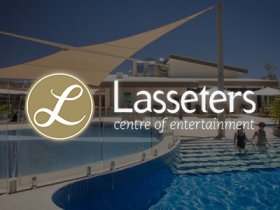 Iris Capital, an Australian development and hospitality group, has announced its plans to spend over 100 million Australian dollars on upgrading Lasseters Hotel Casino in Alice Springs after having bought the property in October.

However, the sale was not settled until October as the new owners had to undergo specific procedures before being granted regulatory approval to actually operate the casino. Alice Springs is located in Australia’s Northern Territory, halfway between Darwin and Adelaide, which are both no less than 1,500km away.

Now that the sale was finally settled, Sam Arnaout, the Chief Executive Officer of Iris Capital, revealed that the new owner is determined to double its investment in the property by upgrading the existing infrastructure and also by adding a brand new hotel to the complex.

“We are well advanced in discussions with the Northern Territory Government in relation to recapitalising the asset,” Sam Arnaout said. The Chief Executive Officer of Iris Capital added that the property should become “a fully integrated resort” with “a repositioned casino floor”.

There is increasing demand for new tourism destinations in Australia, both from domestic and foreign tourists, and the Northern Territory is believed to have great potential for growth in this sector.

Sam Arnaout, the Chief Executive Officer of Iris Capital, added that the investment provided by his company should become “a catalyst for further investment in the region”. Moreover, the development of the new hotel and casino are in line with the government’s vision for the growth of tourism in the region.

In fact, there are international flights arriving in Alice Springs already, so there should be plenty of tourists coming in once the pandemic situation becomes more controllable. Iris Capital owns and operates around 30 pubs and hotels in Australia, with more than 1,000 electronic gaming machines in place at these venues.